You may wonder if I’m biased.  As the #wombatstraveller Ambassador for wombat’s Hostels, there is no way I’d give an honest review of the wombat’s London, right?  Wrong!  I loved this hostel, not only is it easily the best hostel in London, it is one of my favourite hostels EVER.  And I’ve stayed in a lot of hostels over the years.  So why is it so awesome?  Here’s why wombat’s is one of the best places to stay in London for budget travellers – and dare I say it – anyone coming to London!

I have stayed at wombat’s London several times, both in my role as #wombatsTraveller ambassador when I had complimentary stays and personally when I booked and paid myself.

I’ve had the chance to spend some time with the wombat’s team over the last couple of months and they are the nicest bunch of people you could hope to hang out with.  Their hostels are designed by travellers who stay in hostels themselves, and unlike other chains, they haven’t lost the heart and soul of a backpacker hostel even with the funky décor and design. I’ve personally visited all of the Wombat’s Hostels currently in existence, and you can read my reviews of each of them here:

Where to Stay in London: wombats’ CITY HOSTEL London

If you’re wondering where to stay in London, location really is key.  Wombat’s London is in a fabulous location, close to Tower Bridge, the Tower of London and Brick Lane, and a few minutes’ walk from Tower Hill underground and DLR stations and Aldgate East underground station too.

You can easily get all over London from here, including directly to King’s Cross/St Pancras, Euston Square, Paddington and Marylebone Stations, without having to change.

One of the coolest things about wombat’s London is the history of the hostel building.  It first opened in Victorian times and started life as a hostel for sailors, who disembarked their ships at the nearby docks.

Back then it was known as the Red Ensign Club, and had quite a reputation for having small rooms and a feisty clientele who were right at home in what was then quite a rough neighbourhood.  Those days are long gone, and the building was redesigned as a modern hostel with everything today’s traveller needs.

YOU MAY ALSO LIKE: How to Fall in Love with London in 2 Days

As a solo female traveller, I always choose accommodation where I know I can walk around safely.  It’s about 7 minutes’ walk to the underground stations, and although the walk goes down a relatively quiet street, there are always enough people around to make it safe.

As always, don’t flash expensive belongings or wads of cash, and be aware of your surroundings at all times.  You could always get an Uber back to the hostel if it is very late at night when the underground has closed.

Once you’re inside the hostel, guests use keycards to access the main building from reception, and each section of each floor is only accessible using a keycard.  Your keycard will also open your room (and your locker in shared dorms), so you can relax knowing that you’re safe and sound inside the hostel too.

Rooms at the wombat’s Hostel London

I’ve stayed in dorm rooms and private rooms here, and although I must admit I prefer the privacy of a private room, the dorms are fabulous if you are visiting London on a budget.  All of the dorms have their own private bathroom inside, and each bed has a plug socket, charging point and a light too.  Rooms which overlook the street are noisier thanks to the London traffic, but with some trusty earplugs, you won’t have an issue.

Private rooms have the added comfort of your own space, combined with the social side which comes from staying in a hostel.  They’ve all got their own private bathrooms too and are simple but colourful and cosy.

A Private Double Room at the wombats City Hostel London

The breakfast isn’t included in the standard rate, but you can add it on for a few quid, which is well worth it so you can fill your stomach before a day of sightseeing in London.  Fresh fruit, cold meats and cheese, boiled eggs and baked beans are available, together with bread and spreads, a toastie maker, cereals and juice too.

Facilities at the wombat’s London

If you don’t fancy the breakfast buffet, there is a large kitchen where you can prepare your own meals, which has everything you might need to cook.  There is a Sainsbury’s and a Tesco within 10 minutes’ walk of the hostel, or stock up at one of the markets in London with fresh produce.

YOU MAY ALSO LIKE: A Secret Food Tour in London

There’s also a laundry here if you need to wash your clothes, check at reception for the prices and change.  You can also rent towels, a hairdryer and rent or buy various bits and bobs which you might have forgotten to bring, including famous wombat’s condoms or your very own fluffy wombat toy just like Wagner!

A staple at every wombat’s hostel, the womBAR is a great place to socialise and meet fellow travellers.  When you check in, you’ll be supplied with a free drink voucher which you can use for a glass of wine, beer or a soft drink, so don’t be shy!  In the bar there is a pool table and table football, and an outside terrace for chilling out.

During the day, wombat’s arranges various tours and activities which you can sign up for.  There is a daily free walking tour (conducted by wombat’s London partner Strawberry Tours), as well as street art tours and traditional pub walks and even speed dating!  In the evening, sign up for pub crawls, or head to the womBAR for drinks, pub quizzes, comedy and open mic nights.  Ask at reception or check the posters in the lift for details of the week’s events.

YOU MAY ALSO LIKE: How Many Days in London Are Enough?

Is wombat’s Really the Best Hostel in London?

Hell yes!  For me, it really is the best hostel in London for backpackers and budget travellers.  However, even if you usually stay in hotels then booking a private room here is a fabulous combination of comfort and cool.  Socialise with other travellers, take advantage of the location, facilities and the bar prices, without paying for overpriced or crappy hotels in London.  I love coming to stay at wombat’s London, it’s like my second home now!

If you’re looking for travel insurance for your trip to London, get a quote now from World Nomads.

Or click here to read all of my United Kingdom blog posts. 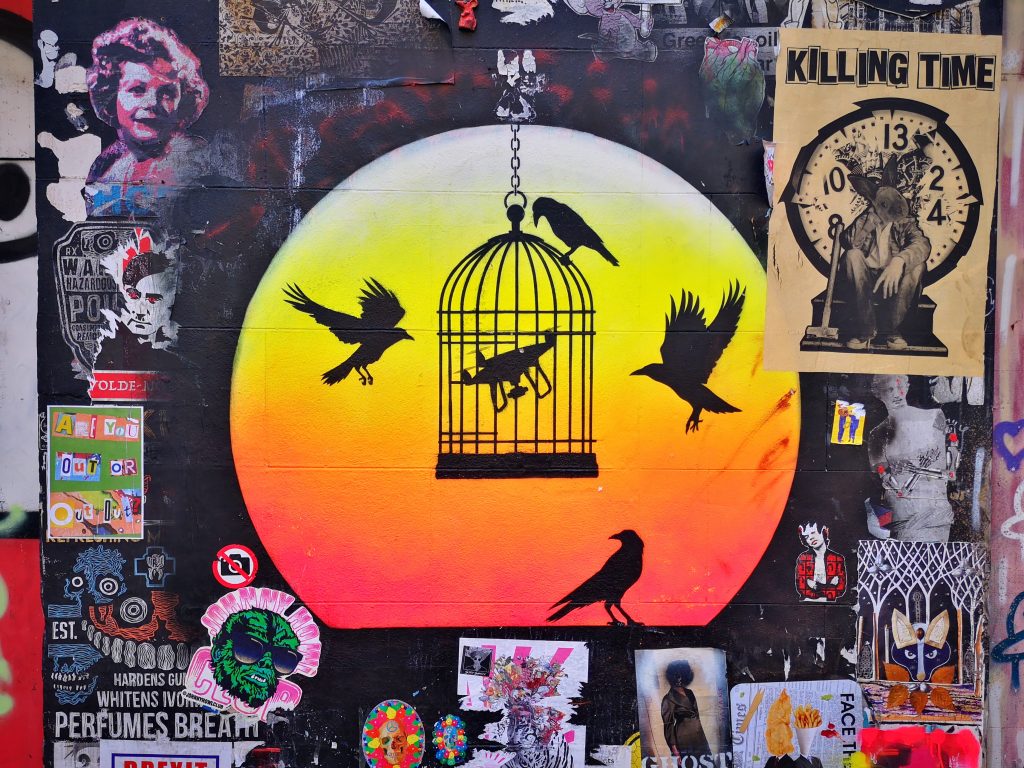 7 of the Best Free Views in London

A Tower of London Beefeater Tour

A Secret Food Tour In London

Gin Tasting in London at the Beefeater Gin Distillery Tour

Charlie and the Chocolate Factory Afternoon Tea in London